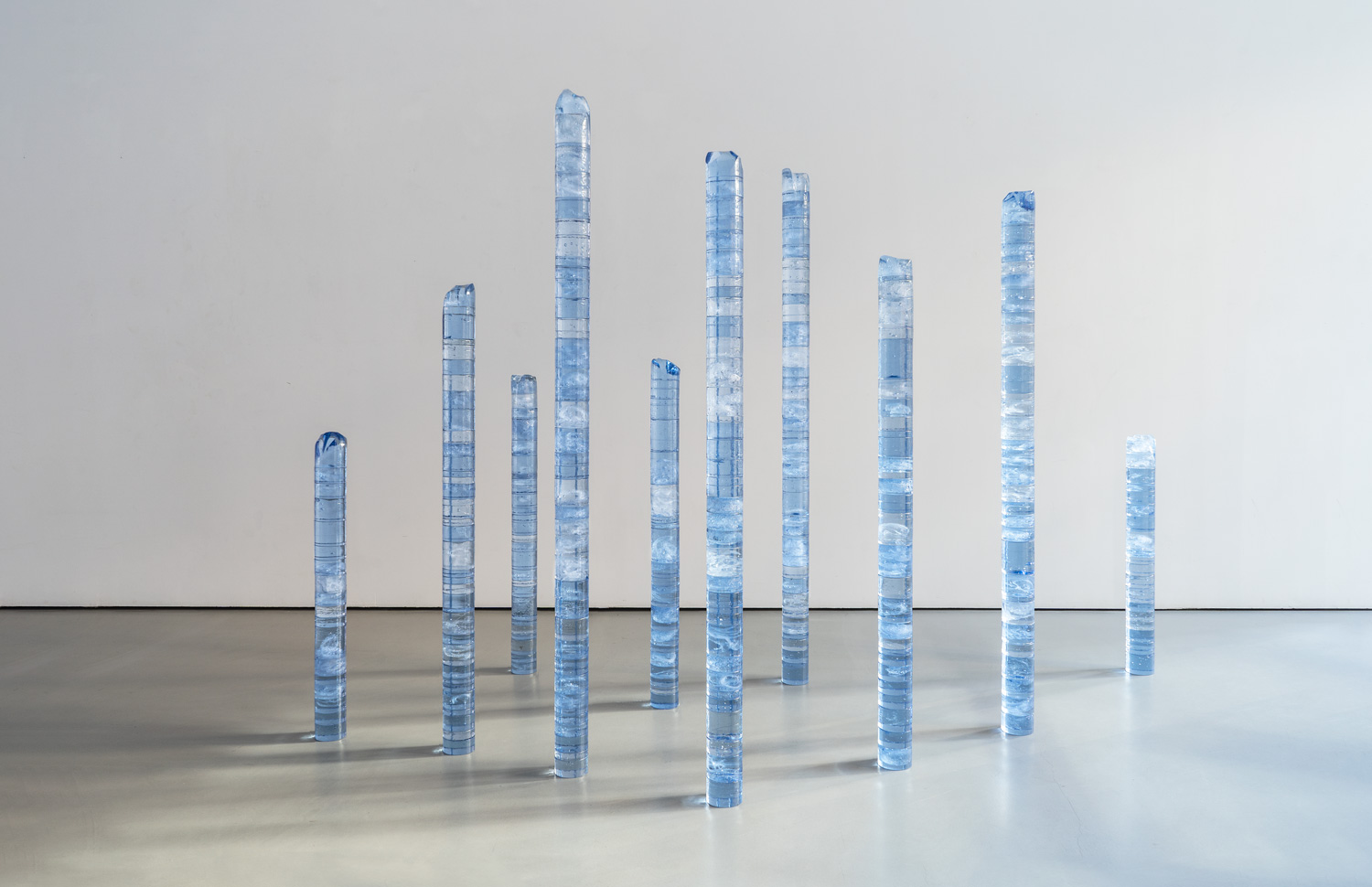 Archaeologies of Climate is an installation made of solid glass columns that are inspired in glacial deposits and the drilling of ice cores as archaeological artifacts of climate change.

Glacial ice is a kind of climatological calendar; registering in its layers a sample of fallen snow during a given year that includes chemical traces and air bubbles that preserve ancient atmospheric conditions. Through the study of the ice’s frozen deposits, Earth’s climate history can be accessed, studied and re-constructed by scientists in the very same way civilizations of our past are interpreted from their ruins and architectural remains. In some ways, glacial ice-cores are the worst of our ruins: vestiges of a climatological past which doesn’t only look back in time, but which disappearance determines the future of our planet. 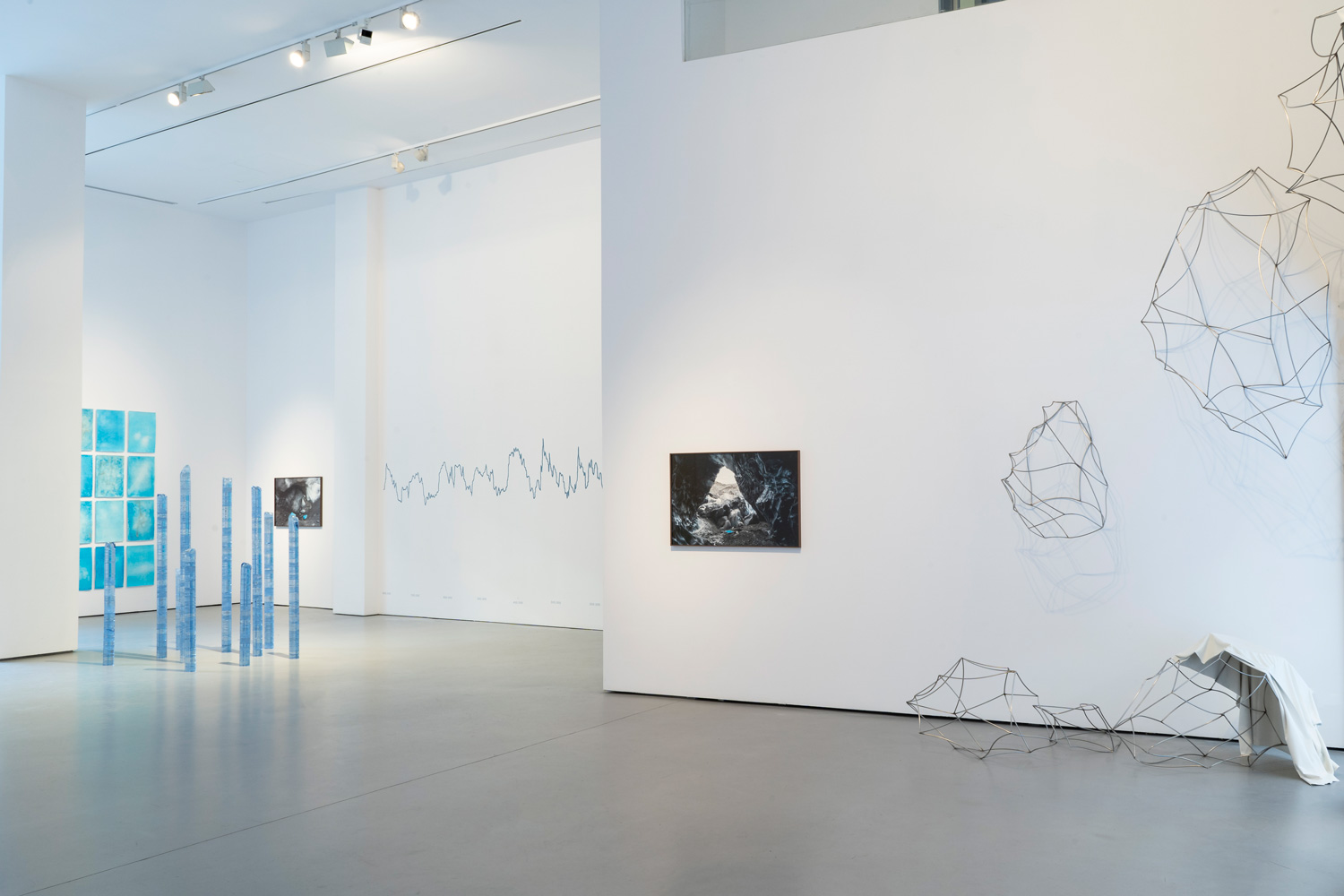 View of installation along other personal projects at solo show Arqueologías Climáticas, January 2020.

Paleo-climatic reconstruction of the last 800.000 years of atmospheric CO2 density. The archaeological graphic shows the architecture of climate through subsequent glacial periods and includes a photograph of a torn-down historical building installed approximately 10.000 years into the past, coinciding with the beginning of the Holocene and the rise of human civilization. The historical maximum (300 parts per million) of this period of time was first surpassed in 1950, and today we are in a planetary average of 413 and heading towards 500 ppm or more.
Data obtained from glacial ice cores and provided by Nasa Climate Change’s Database.