Durational site-specific performance in which —by remaining still— I tried to become a rock from sunrise to sunset.

Carried-out in Racetrack Playa (Death Valley National Park): a remote geological system widely known for its iconic rocks, which move slowly over the surface of a dry lakebed, carving the ground beneath and leaving behind traces of their course. With their movement, the dark dolomite rocks seem to question aliveness, while their mysterious traces reveal the slowness of geological processes and the invisibility of a landscape in continuous transformation.

In the distance, I integrated in appearance with other surrounding stones and after remaining still for a period of nine hours, my body lost the ability to walk; becoming more rock and less human.

Series of nine photographs taken from the same place, between sunrise and sunset. The slowly changing shadows projected by the stones can be observed in relationship to sunlight angles throughout the day. 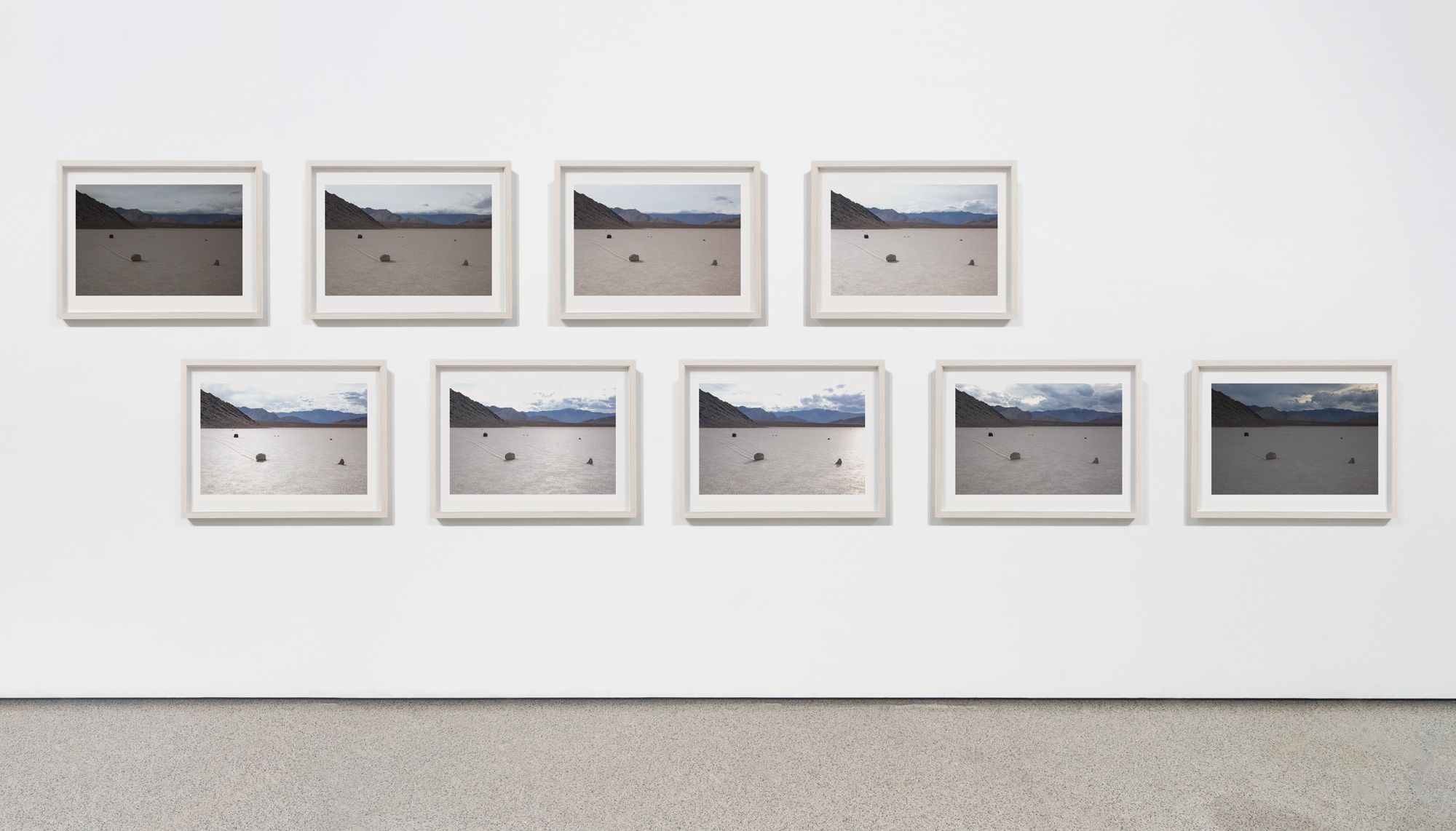 .
Photography and documentation by Carlota Anton
.