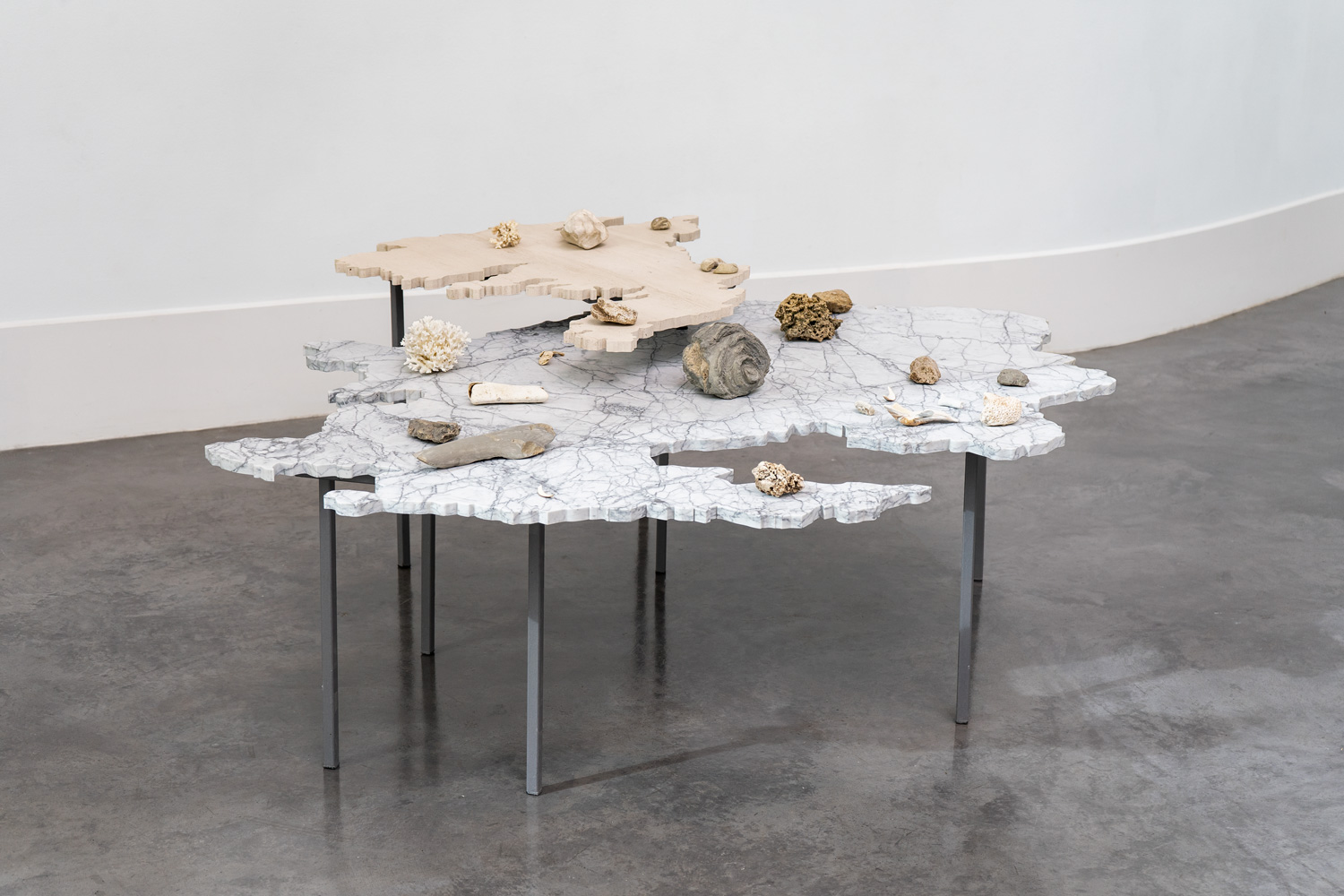 The Other of the Same is an installation that explores the vital entanglement and material kinship that exists between skeletons, limestone and marble; three elements made of calcium carbonate.

Limestone forms through the precipitation of shells, corals and other skeletons in shallow ocean waters. After mineralizing, limestone can be subjected to strong circumstances of pressure and temperature; transforming into marble. This process gives shape to three materialities that at first sight look different, despite of being the same element in different stages within the biological and geological cycle.

The installation comprises a group of found and manufactured objects that are chemically identical, including skeleton fragments, rocks, sea shells, fossils, and carved stones in the shape of bones and corals. These components are arranged on top of two slabs of rock (limestone-upper, marble-lower), which have been cut in reference to the geological periods and the shape of the ancient continents in which the fossils and rocks were formed.

Through the implementation of elements situated at the boundary between the body and the rock, the project seeks to speculate and put porosity into the traditional boundaries that separate the biologic from the geologic, the animate from the inanimate, the vital from the inert.

This work  has been fabricated with the generous support of an artist residency grant by Fundación 3Piedras.