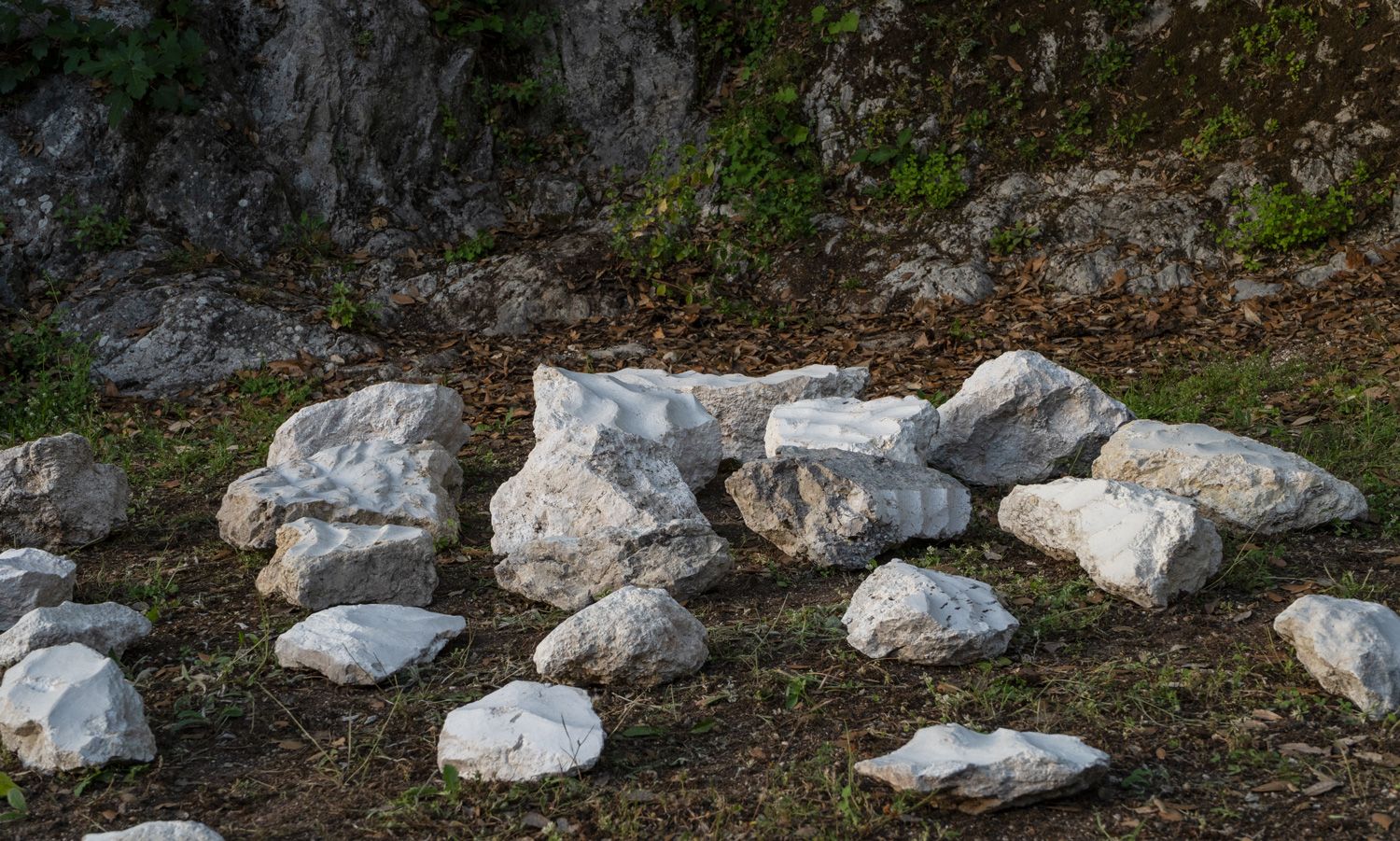 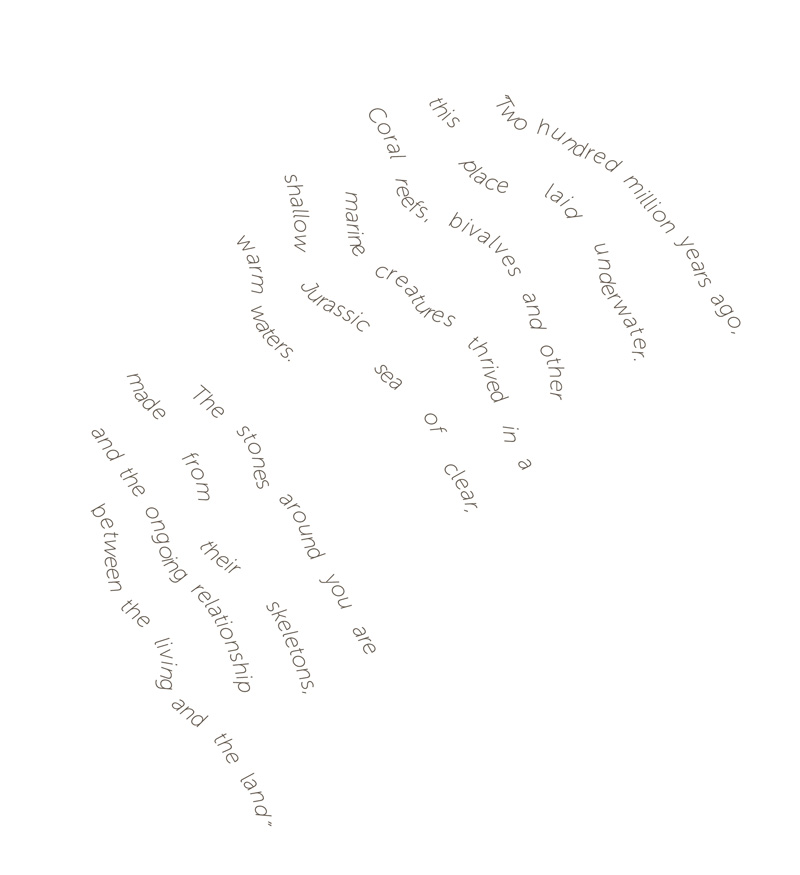 Carved and found limestone from the Jurassic period

Installation concerned with ideas of material specificity and geological history, formed by a group of limestone rocks, partially intervened with sea-floor ripple patterns.

Limestone is made up of calcite, which originates from the precipitation of calcium carbonate in shallow ocean waters, or through the grinding and accumulation of massive amounts corals, shells and other marine skeletons.  The rocks from the region of Spoleto were formed following this process during the Jurassic, almost 200 million years ago. Although limestone is a rock widely found above sea level, it is part of a landscape that once laid under the ocean.