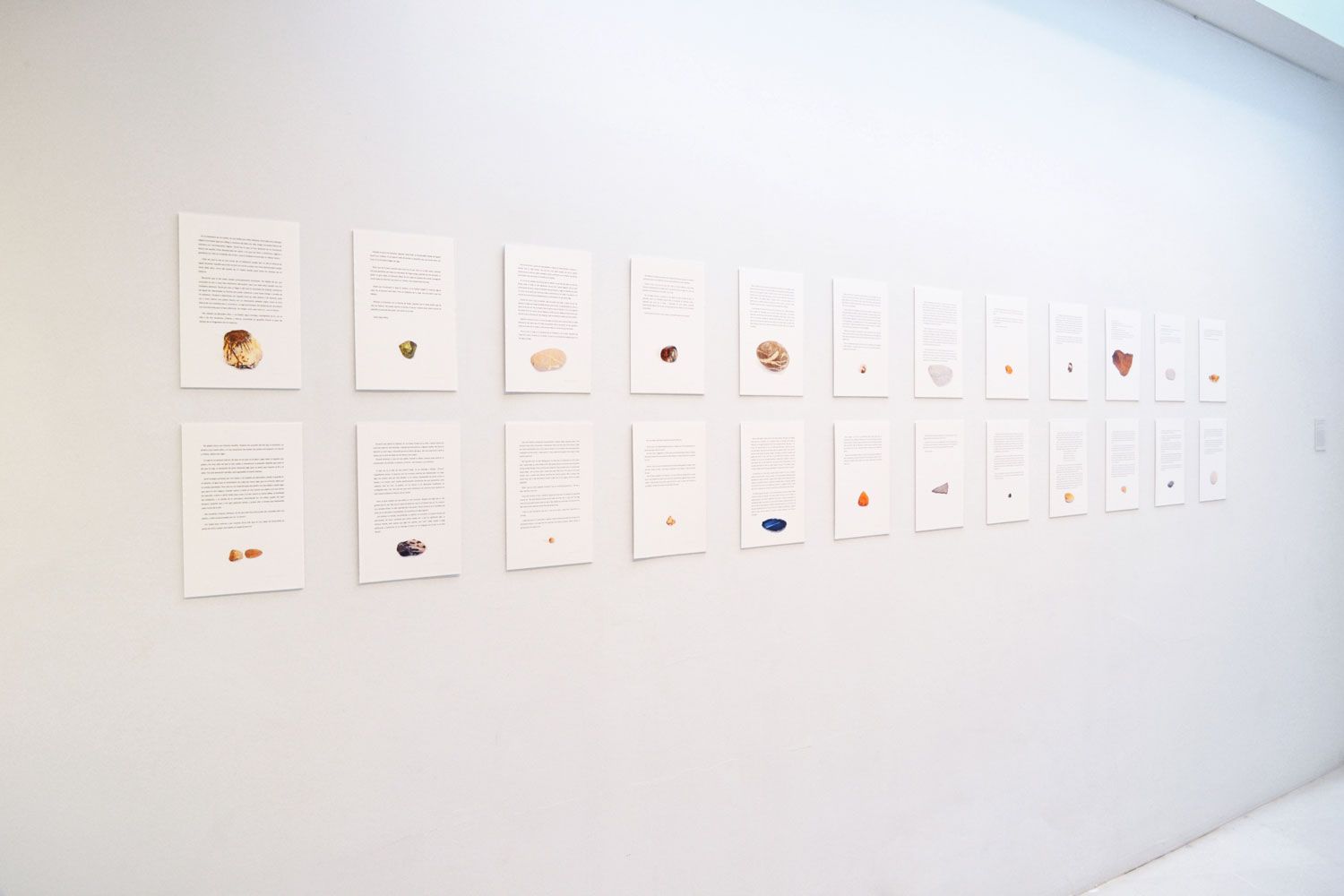 Collaborative project in which participants present a stone picked up sometime during their lives and share a story or memory related to it. Every stone is as unique as the stories of its contributors. Some are casual and banal, others transcendental and tragic. Some others slow like the life of a rock.

Each story includes a photograph in natural size of the rock, along with the writing and name of its participant. Some stones include: a biliary calculi  (a rock formed inside the human body); a conglomerate of shrapnel and concrete from an execution wall of the Spanish civil war; a mosaic tessera;  flee market rocks; natural souvenirs; childhood tokens, fossils, and building fragments among others.

Through an open-call, I received a total of 42 applications from around the globe; including stones from Australia, Norway, Japan, Portugal, Italy, Holland and Spain. The donated rocks were destroyed and 5 conglomerate stones were made from their original fragments. Find Your Stone includes 5 matrix stones, 42 stories, mail documents, stone detritus and a video documenting the rocks’ destruction process.