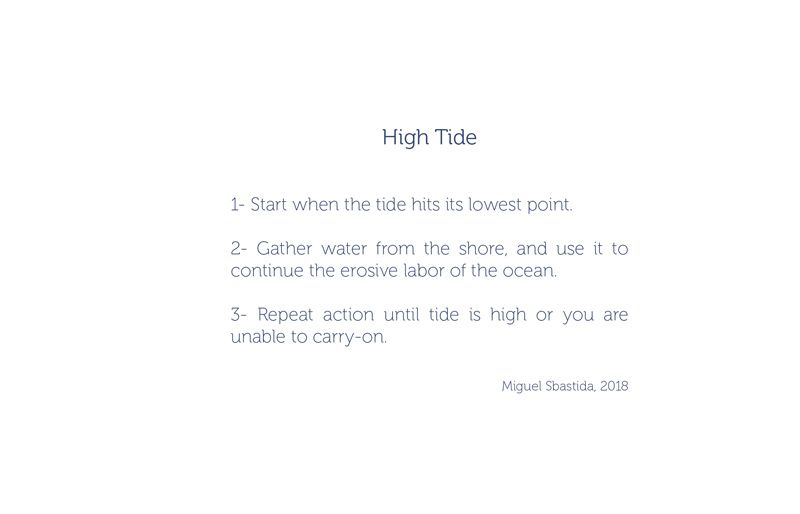 Site-responsive performance in which I tried to join forces with the ocean, laboring for the ongoing erosion process of a cliff.
With the aid of a glass vessel, I repeatedly gathered and threw hundreds of liters of Atlantic Ocean water against the cliffs where the waves break during high tide.

The performance started when the tide hit its lowest point and continued for a period of five hours; in a dialogue between my body, the movement of the tides, the never resting forces of the ocean, induced sea-level rise, and timescales that go beyond the human. 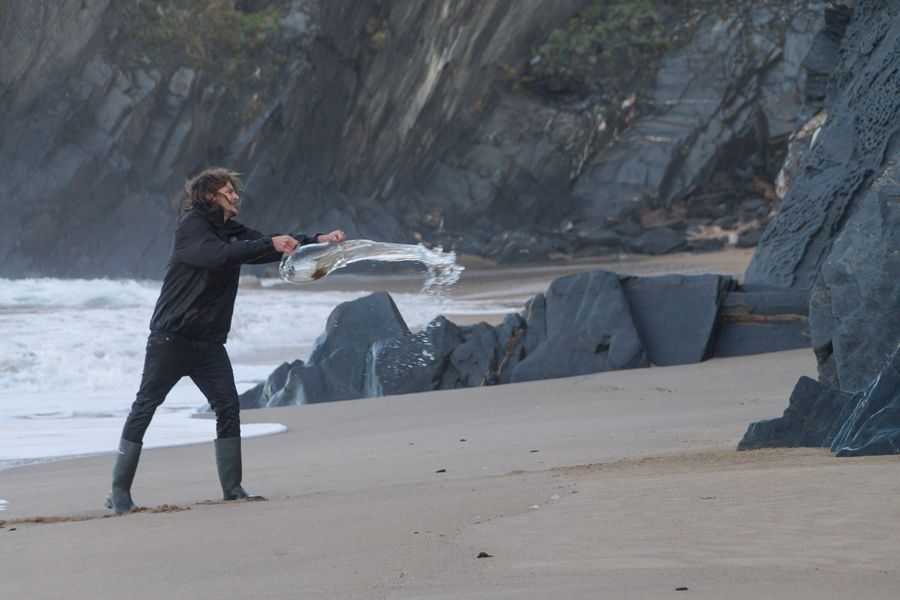 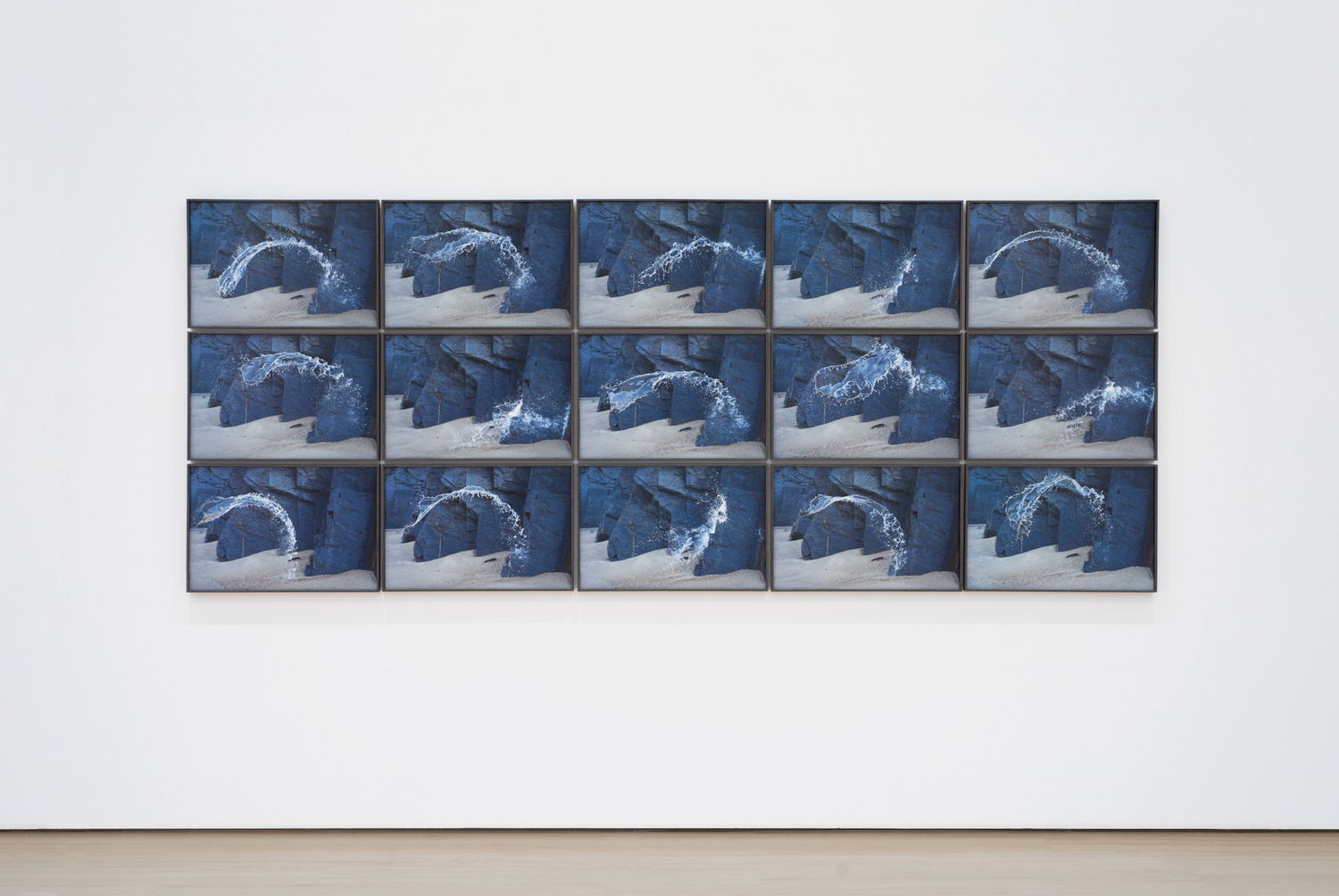 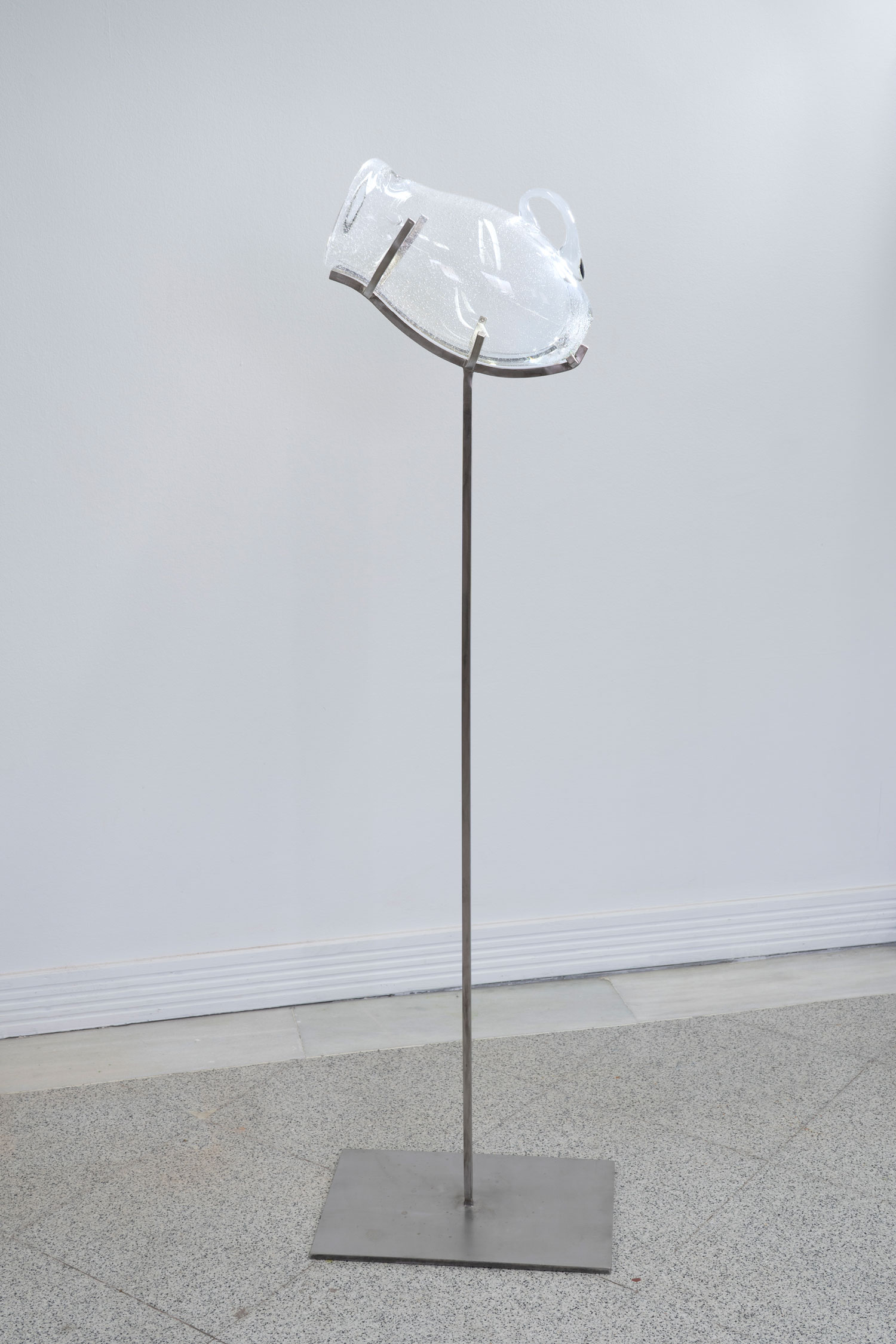 Photography and documentation by Carlota Anton and Miguel Sbastida.