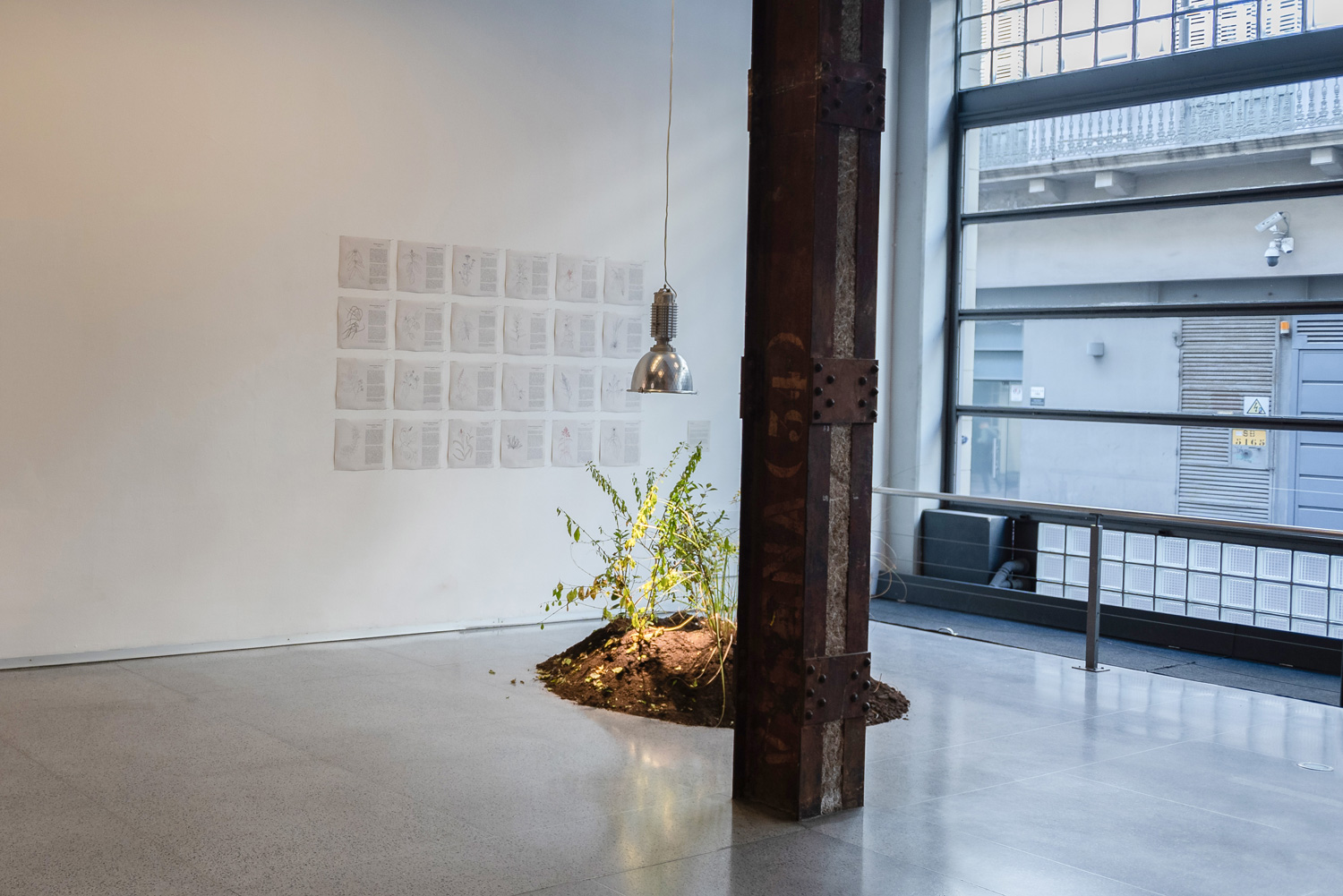 Ongoing project connected to ideas of colonial botany, plants as historical agents and the influence of science in shaping the roots of Western-culture’s relationship to nature.

Includes an installation of plants native to the exhibition venue, a series of botanical drawings of these plants and a video performance. The works have been presented in different locations across South America, featuring indigenous plants that bear the names of historical colonial figures as part of their scientific nomenclature. (i.e. the Achiote plant Bixa orellana, as named after conquistador Francisco de Orellana).

These materials are presented in contraposition to a ritualistic video performance grounded on empathy and renovation, in which I caress the surface of a centennial tree that had been mutilated with the deeply-carved names of coming visitors. Through these intricacies, the project draws connections between forms of scientific cultural appropriation and the violence embedded in the many layers of these physical and symbolic mechanisms of domination. 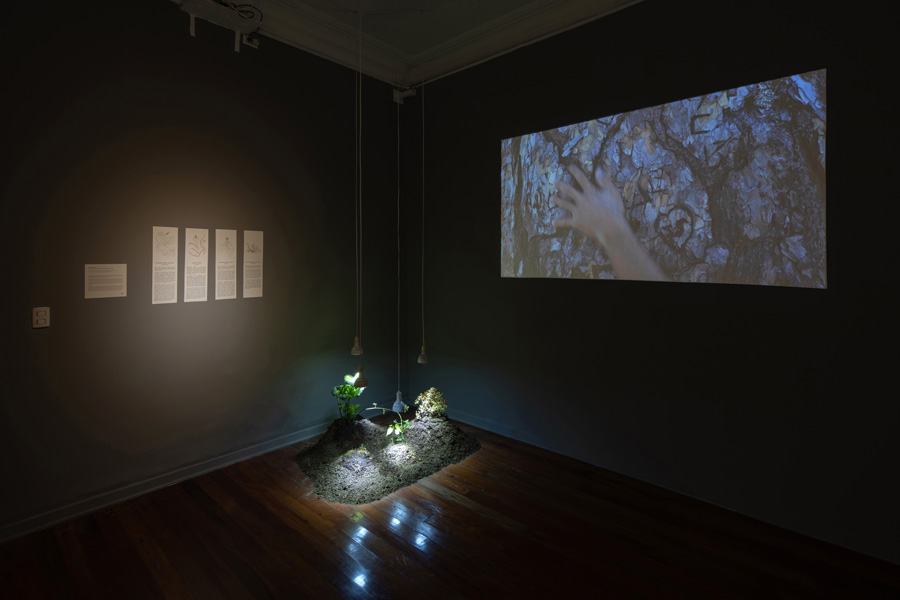 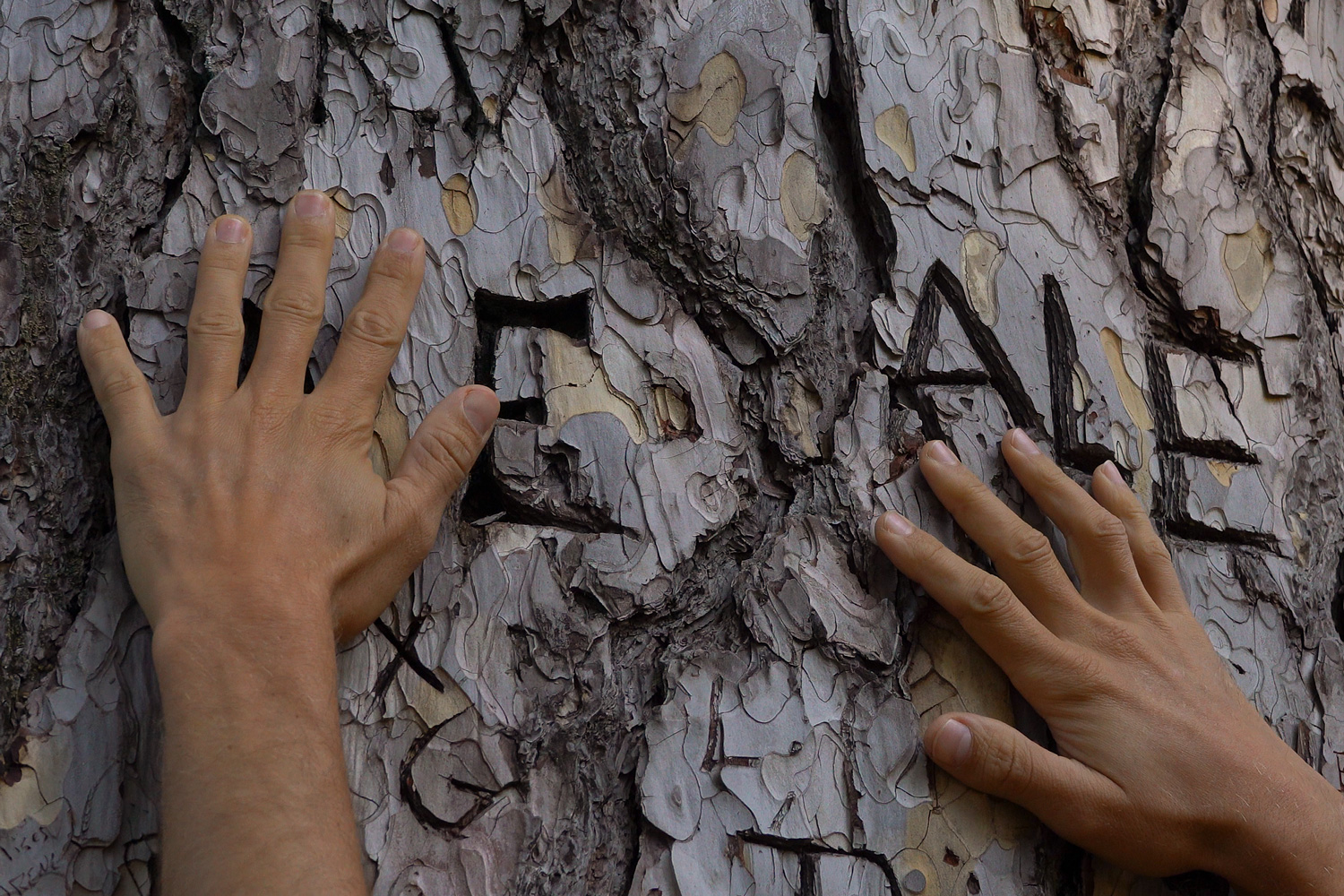 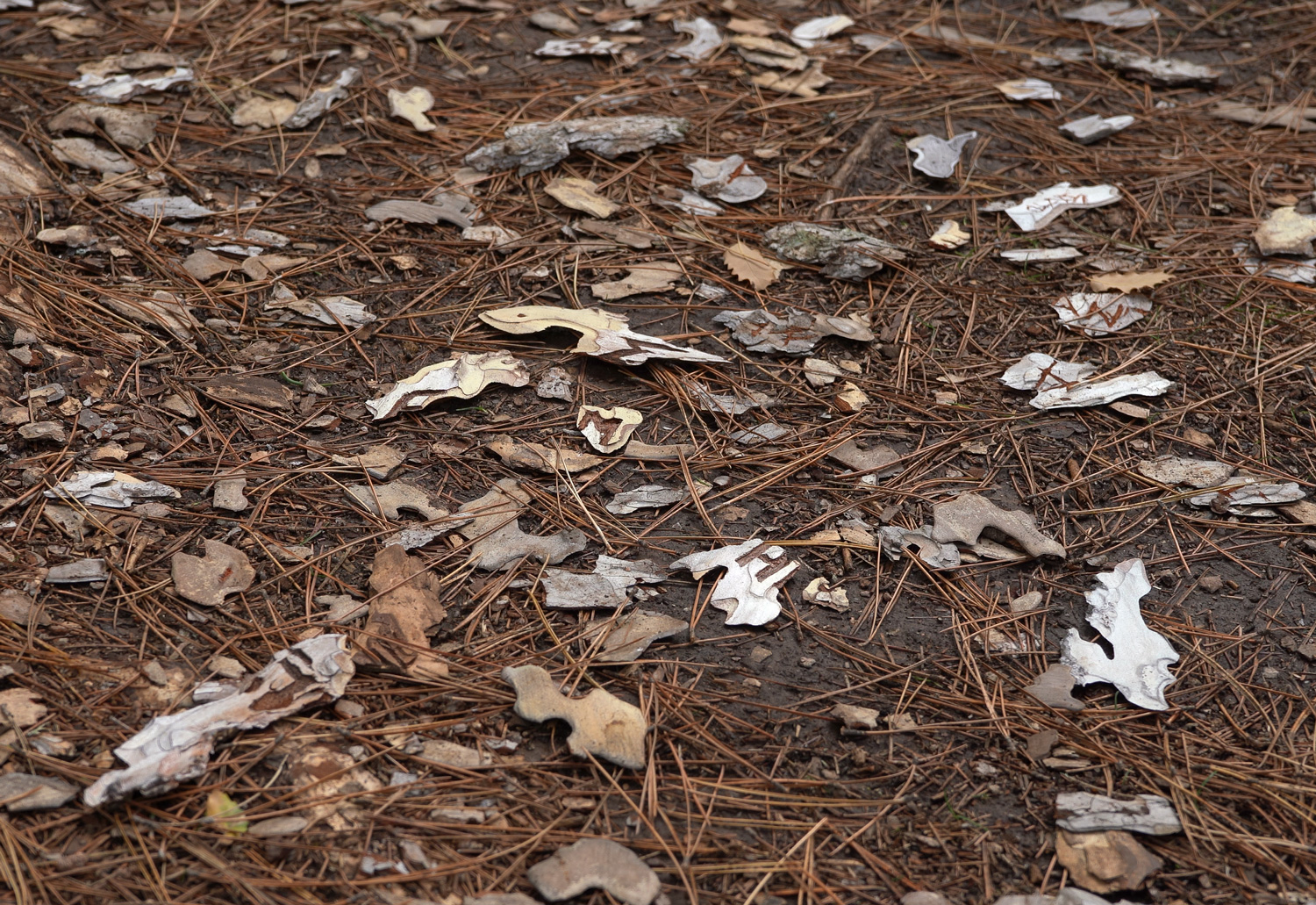 Stills extracted from a durational performance in which I used my hands and body to caress the surface of a centennial tree, whose bark was completely covered by the initials, markings and mutilations made over time by coming visitors. Throughout the course of the intervention, the action of my hands instigated the falling of some bark fragments; enhancing its natural renovation process and liberating its skin from the incisions, cuttings and imposed histories of appropriation. 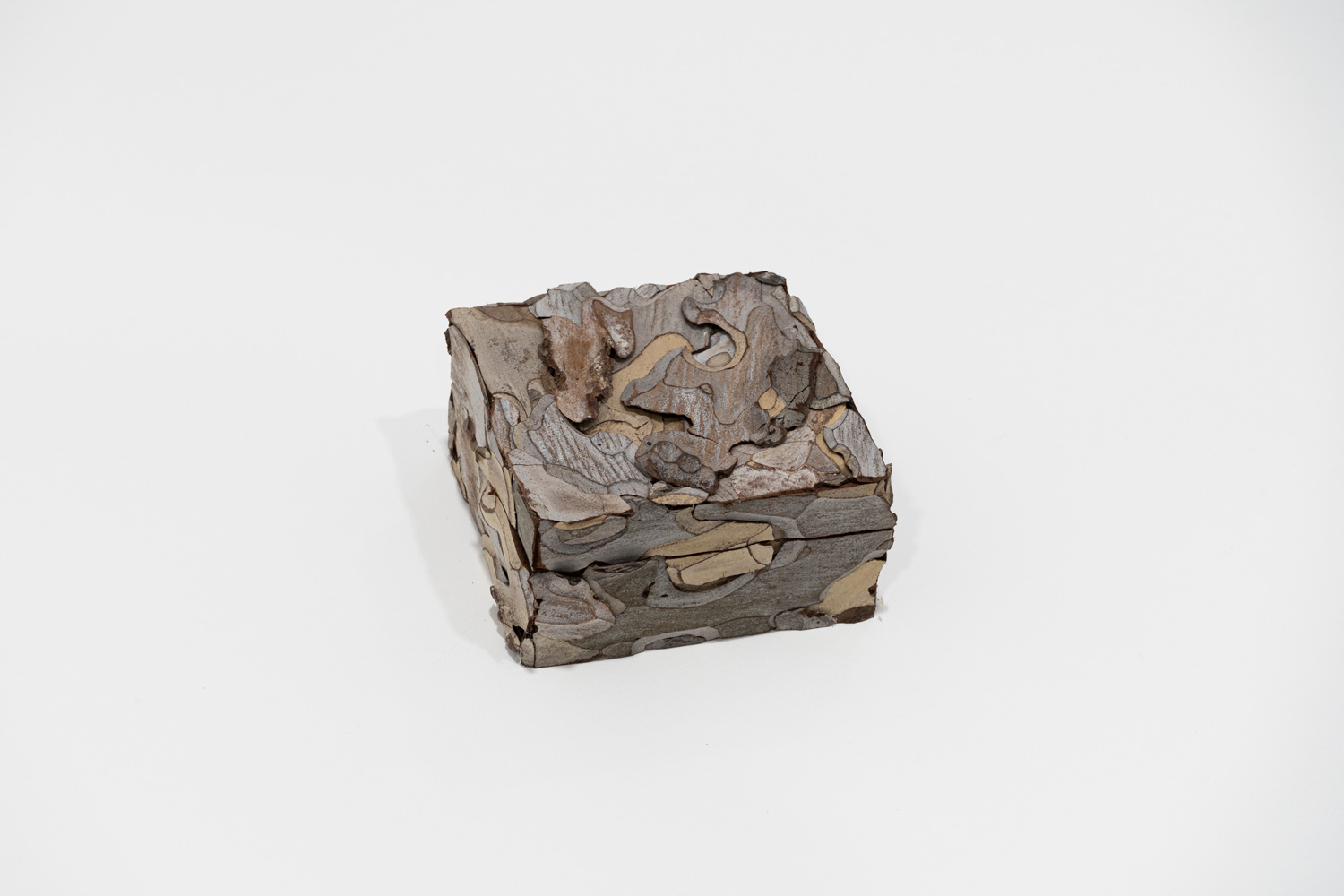 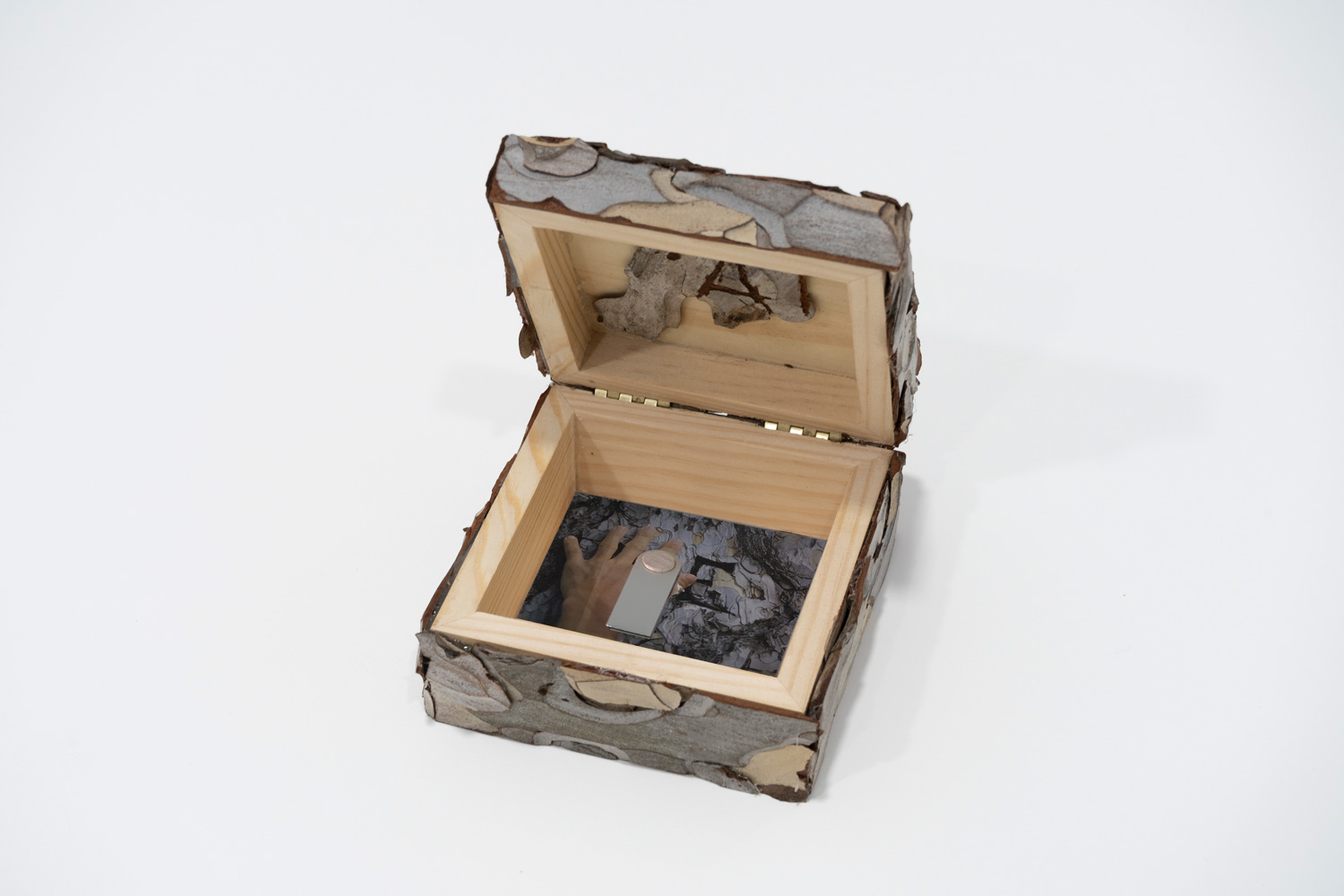 video editioned in a series of boxes made from the bark of the tree, with USB drive inside.